What does Schedule 4 mean?

Schedule 4 (“Sch 4”) means no open cast mining, and no underground mining with significant surface expressions – unfortunately, this leaves these special areas hugely vulnerable to underground mining. We are actively campaigning for this to be changed, and for Sch 4 to include undermining these areas. 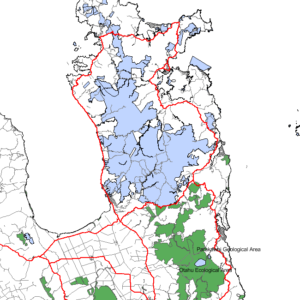 The special protection from minerals related activity provided by inclusion in Sch 4 is only afforded to those categories of conservation areas listed above that were already classified when the Act came into force in October 1991 and to specific areas added by Order in Council in October 2008.

Sch 4 was not part of the Crown Minerals Act as originally enacted in 1991. It resulted from the combination of two Bills in 1997, the first a Government bill (introduced in 1990) that sought to ban mining in National Parks and the other a private members bill (introduced in 1995 by Judith Tizard) that sought to ban mining on the Coromandel Peninsula, instigated by CWoH.

The bulk of the land was incorporated in Sch 4 at the time it was established in 1997, with a further 745,000 hectares of conservation land and 520,000 hectares of marine reserve added in October 2008 by Order in Council. Recently added areas include Kahurangi and Rakiura national parks and 24 marine reserves.

In late 2009, the National government released a discussion document with the idea to “Maximise our Mineral Potential”. This mainly meant removing areas of high-value conservation land from Schedule 4 protection so they could be more accessible to mining activity. This included 9 areas of in the Coromandel.

Thanks to the help of many people and many different ways of acting, and of course the huge march up Queen St in Auckland, the government ‘backed down’ from this proposal, however, the legislation remains that the protection is only from above ground impacts, not from the similarly significant impacts of underground mining.

Coromandel Watchdog continnues campaigning to have all of the Coromandel protected including the Southern Coromandel. The Southern conservation area also has significant attributes (as the Northern Coromandel) and must be afforded the same protection; it has unique and significant landscapes, it is part of the Great Coromandel Range, it is habitat and home to many threatened and at risk species, including the internationally significant Archey’s frog, and it boasts some of of our most popular tourist spots, such as the Karangahake Gorge.

In 2017, we presented a petition to the New Zealand Parliament, calling for the Schedule 4 protection to be extended all the way to Mt Te Aroha. Then in 2018 we presented our supporting information to the Economic Development, Science and Innovation Select Committee. As yet, we have heard nothing back (more than a year on!), but will update when we do.