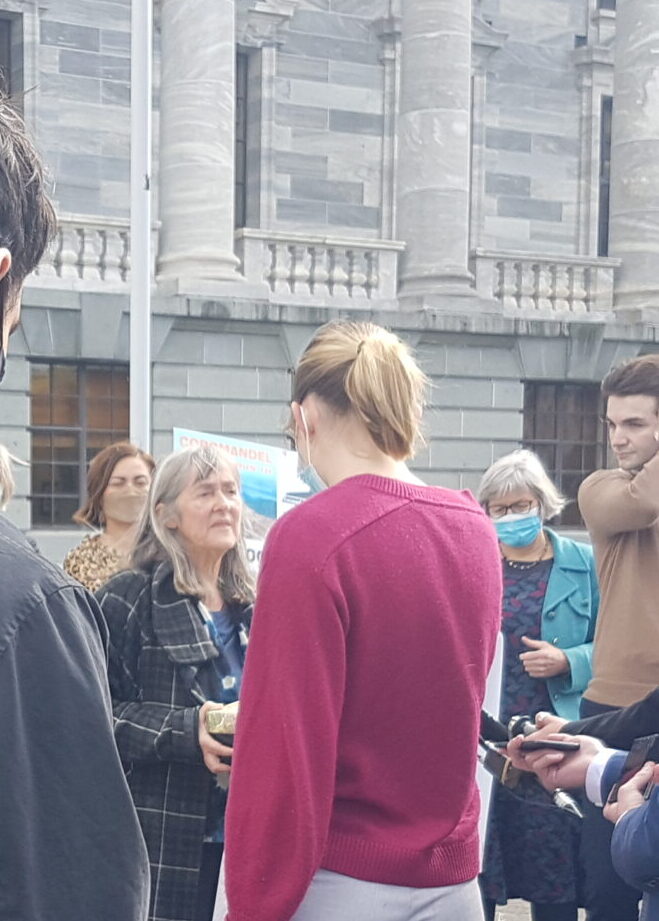 The Government has responded to the petition calling for a moratorium on mining on conservation land in an incoherent and illogical manner.

Last Wednesday when we took the petition to Parliament, the Prime Minister said that the review of stewardship land and current legal processes would protect the land. Clearly it will not as much of the land under threat is not part of the stewardship review and its importance is well established.

Today (Sept 3) the Minister of Conservation on “The Nation” repeated the lines that the stewardship review will help protect the land and was unable to put a date on Labour honouring the promise they made to the country in 2017 of a ban on new mining activity on conservation land.

It’s absurd to allow access and mining permits when you have promised a ban.

We are incredibly disappointed in the Government’s position, its not logical or coherent in relation to their policies and previous announcements and puts land at risk that they have promised to protect.

There are now three opportunities to stop this damage:

*the unequal and expensive RMA procedures which communities will have to engage with although this cannot be relied upon;

*the Government could support Eugenie Sage’s Members Bill which would specifically protect habitats of rare species already under threat, as well as the rest of the conservation land;

*and the Government can support our moratorium petition and honour their very public promises to ban mining on conservation land. We believe there would be huge public support for this visionary approach.

The Government has responded to the petition…

Thank you to everyone who made this…