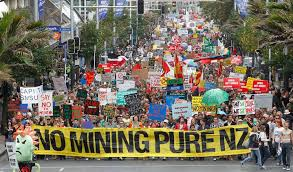 Coromandel Watchdog today had a call asking us for our thoughts on the delay of the consulatation on mining in the Conservation Estate. So, it has officially been delayed? We were told September, but had worked out it was late – but how late? And why? The only report on this decision that we could find said  that “..the estate’s sheer scale – roughly a third of the country’s land area at 8.9 million hectares – brings the issue starkly up against the pro-regional development focus of coalition partner NZ First and a growing interest in the country’s potential to produce rare earth minerals and other specialist metals….” So, so sad that any of our ‘leaders’ wants to compromise our greatest asset, our conservation land (take a minute to write to NZ First and let them know that you agree with the Greens – our conservation land is NOT for mining!)!

But, what is to consult on? The announcement was made, in the ‘speech from the throne’ when this Government took over, that there would ‘be no new mines on conservation land’. What is unclear about that?! And why is it that now, a year on, there has been no movement?

We understand the need to get this right, to ensure that any documnet out for consultation is robust, but we are also deeply concerned at the amount of tiem that this is leaving the conservation estate vulnerable to permits being granted over it, to the industry gathering not only permits, but also a significant amount of their not so modest resources to lobby the Government hard, to manipulate media with spurious surveys (they are already running these, around the Coromandel!), and to generally gain every advantage that they can in what is going to be – like the battle to stop mining on the northern Coromandel in the 1980’s, a huge battle to protect our Conservation estate from this destructive industry, once and for all!

We are anticipating that the industry will be lobbying hard to have various classes of conservation land excluded, and probably some mining techniques also.

We know that there is a significant amount of really high value conservation land that may not yet be classified as such, also habitat to significant species of flora and fauna. We also know that mining underneath any ecosystem will impact that! As we cannot get some kiwi, take them to a lab and experiement on them with underground explosions at different intensities, while the industry will no doubt crow at the media that we should prove that their activities will impact our flora and fauna, we will be asking if they can prove that it does not.

Delays or not, this is a serious chance for our Conservation land to be afforded some real, meaningful protection. Please keep your eyes open ready for our call to join the consultation; we will be making sure that people feel able and confident to submit.

And we really need financial support to do that. Either a one off donation, or if you can, become a sustaining donor.

We are totally reliant on the financial support of others who also love the Coromandel and recognise that it is too precious to mine!

Categories: News
| Tags: Conservation land, donate now, no mining, ours not mine, too precious 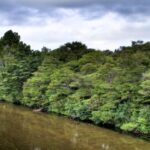 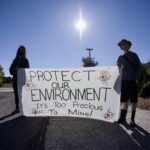